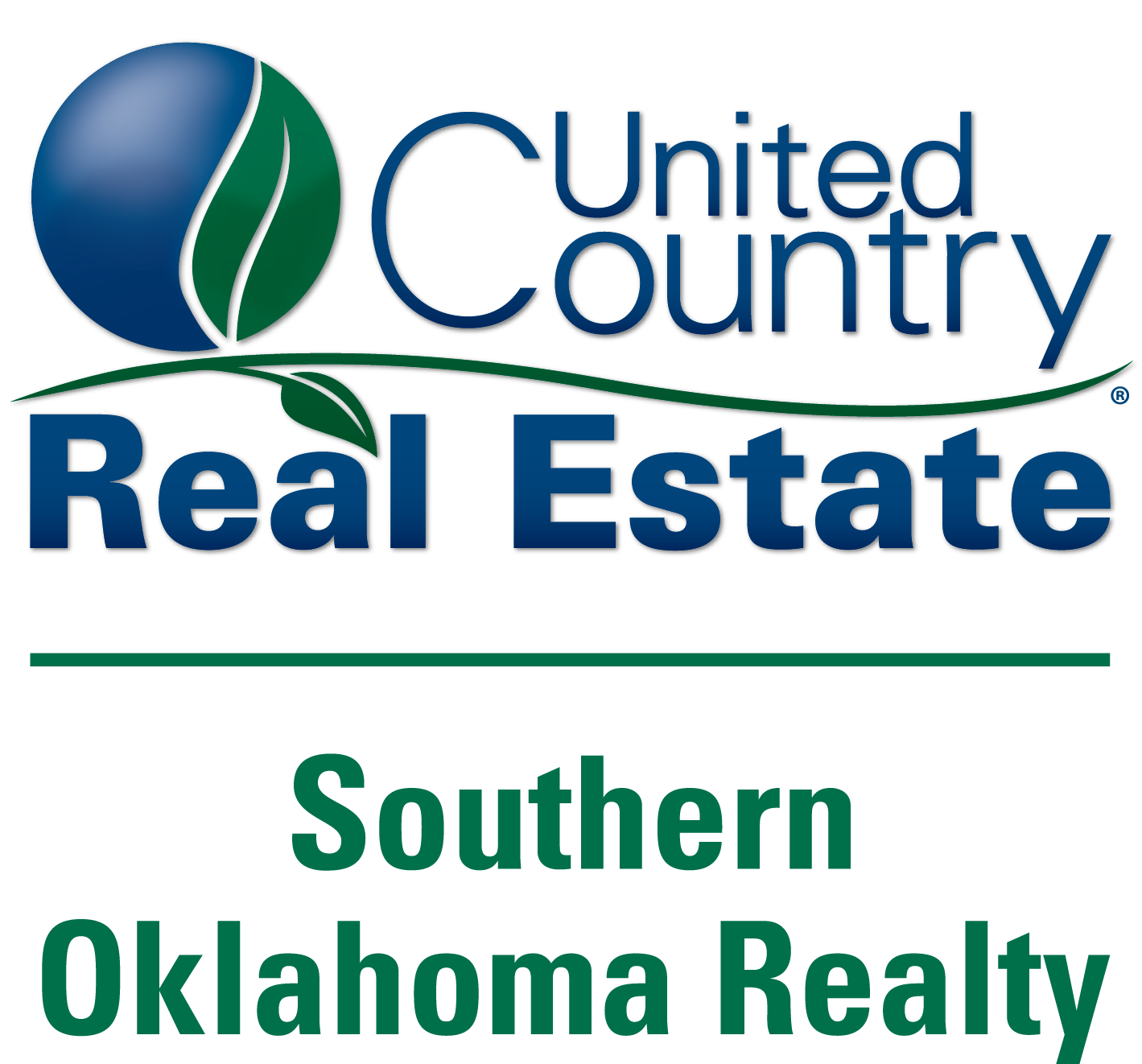 Enjoy All Ardmore Oklahoma & Carter County Have to Offer 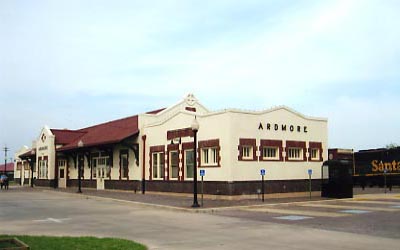 Welcome to Ardmore Oklahoma, seat of Carter County and nestled at the foot of the Arbuckle Mountains in South Central Oklahoma. Listed as one of the 50 Best Towns in America, Ardmore Oklahoma is served by State Highways 77S, 199; US Highways 70, 77 and Interstate 35, just 90 miles to either Oklahoma City or Dallas, Texas.

Ardmore maintains a small-town, family-friendly environment, while offering many of the amenities of larger communities. Ardmore is a community of about 25,000 people and is the center of business and trade for southern Oklahoma. Moreover, Ardmore is centrally located between the larger cities of Oklahoma City and the Dallas-Fort Worth Metroplex, which enables quick access (90 minutes) to international air travel, world-class cultural activities and museums, collegiate and professional sporting events, and culturally diverse markets.

Good times abound in Ardmore, Oklahoma where you can dock at nearby Lake Murray State Park to enjoy the state's oldest and largest state park including the 5,700-acre beautifully clear lake. Enjoy a round at the park's golf course, a favorite for Ardmore locals and tourists alike. At the Tucker Tower Nature Center in Lake Murray State Park, you'll find many fossils, a 288-pound meteorite found nearby and educational programs in the summer.

There's plenty more to discover in Ardmore - enjoy boutique shopping experiences on charming Main Street and throughout town and find modern art at Charles B. Goddard Center. For local history, visit the Southwest Historical Museum and the adjacent Military Memorial Museum. Try your luck and take a spin at Gold Mountain Casino in Ardmore or venture just outside of town to spend a day with the animals at Woodbine Farms or a day relaxing and rekindling your relationship at Shiloh Morning Inn. Ardmore also offers plenty of great dining options including well-known favorites like Interurban, SanteFe Steakhouse, RibCrib and Cotton Patch. Our personal favorites are Casa Roma downtown for some the best Mexican food around or Café Alley where you can get order their famous chicken fried steak with a jalepeno gravy.

Regional amenities • The Charles B. Goddard Center for the Visual and Performing Arts, which includes a visual arts museum, a performing arts theater, a professional film projection system and an art studios facility. • Mercy Hospital Ardmore, a state-of-the-art health care center and physician base that offers services to the Ardmore community and the surrounding region. • An educational system that includes both private school (preschool to eighth grade) and public school (preschool to 12th grade) options. • A variety of outdoor venues and recreational opportunities, including: ▪ An extensive community park system, anchored by the Ardmore Regional Park, which offers City Lake, a softball complex, a network of running and cycling paths and picnic facilities. ▪ Ardmore Community Water Park, which features twisting slides, water basketball and a zero-depth entry pool for young children. ▪ Large- and medium-sized lakes (including Lake Murray, Lake of the Arbuckles and nearby Lake Texoma) that offer a broad range of outdoor activities, including water sports, kayaking, camping, and an extensive trail network for running and mountain biking. ▪ Turner Falls Park, home to a cascading 77-foot waterfall that feeds a natural swimming pool and recreation area. The park offers swimming, hiking and other outdoor options. ▪ Chickasaw National Recreation Area, Oklahoma's first national park. The recreation area offers a unique combination of flora, fauna, waters and geological formations unlike any in the surrounding region. • In the Ardmore area, golfers have access to one private and two public 18-hole golf courses. • The Greater Southwest Historical Museum collects, preserves and interprets the social, cultural and economic history of south-central Oklahoma. • The Lake Murray Nature Center features displays of wildlife native to the area and hosts various naturalist programs. It is connected to Tucker Tower, which was built by the Works Progress (WPA) during the 1930s. • The Ardmore Public Library and the Champion Public Library collectively serve to foster a literate, informed and culturally aware community. • A range of live music and theater offerings is available at venues across Ardmore, including Heritage Hall, Two Frogs Grill, the Goddard Center and the Red Dirt Brewhouse. • A broad offering of small town, family-oriented neighborhoods, including newly established as well as historic neighborhoods. Enjoy short commute times with little traffic.

Ardmore is known as being “On the Sunny Side of the Arbuckles” and has four seasons, with generally mild winters and warm summers. Mean annual temperature 62.4 degrees. Average annual rainfall 34.26 inches. Average growing season - 233 days. Relative humidity ranges between 47 % to 64 %

QUALITY OF LIFE The cost of living in Ardmore is below the national average. Compared to other cities in the region, we boast an affordable community with an exceptional quality of life. In fact, Ardmore was listed as one of 50 Best Towns in America and was twice named All-American City. "Despite its wealth, Ardmore's culture is a mixture of Southern gentility and Western informality" - Dallas Morning News We invite you to contact United Country Southern Oklahoma Realty, of Ardmore Oklahoma. We can save you time and money in locating real estate for sale throughout Ardmore Oklahoma, Carter County and the surrounding areas of South Central Oklahoma. We offer a fine selection of homes for sale, farms and ranches, mountain property, recreational land and businesses for sale. United Country Southern Oklahoma Realty is proud to call Ardmore home and we are eager to help you do the same. Contact us today so we may help you “Find Your Freedom.” 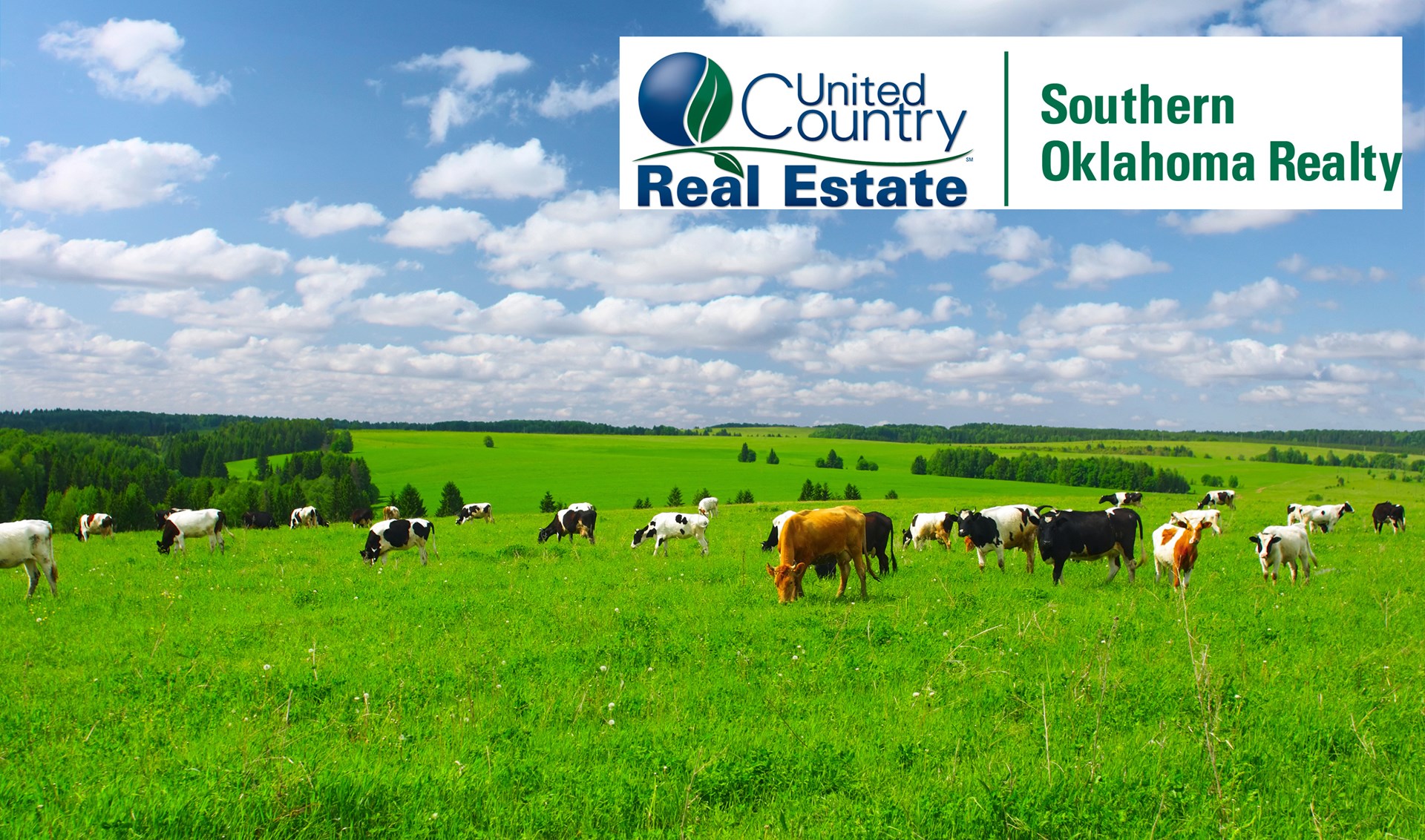 Ardmore has one of the top 80 school systems in the United States. It offers excellent public and private schools and has received national secondary schools recognition. There’s also the University of Oklahoma, East Central State University and Southeastern State University.

Ardmore Oklahoma, twice named an All-American City, is just the kind of town where you’ll want to settle down and raise a family. Drive by our office today and let us show you some of our properties. We look forward to serving you and hope you make Ardmore Oklahoma your next home here in beautiful South Central Oklahoma!